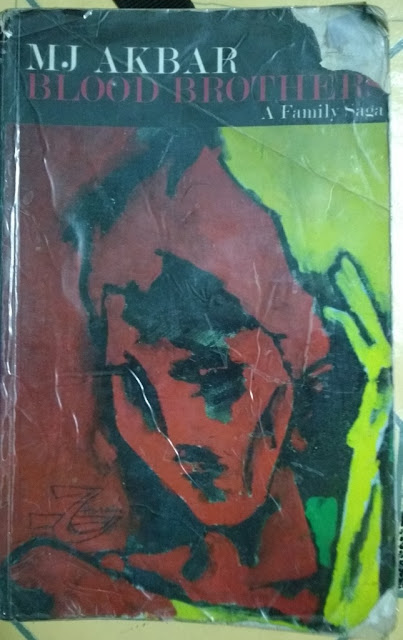 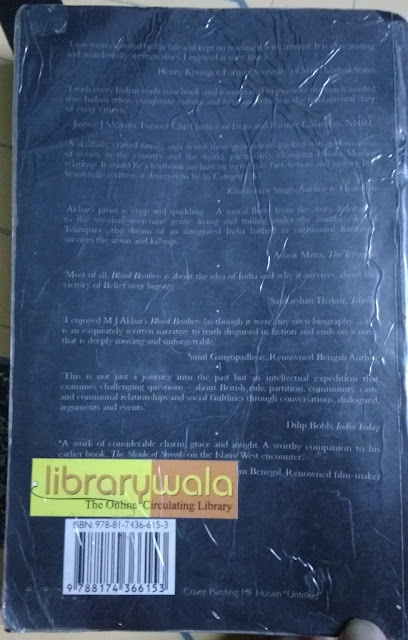 This is a novel by renowned journalist M.J. Akbar. It is a story of 3 generations depicting the era from 1880 to 1965. This is not a history per se but the events unfold ups-and-downs in the Hindu-Muslim relations in India, Bengal province in particular. It also peeks into minds of Britishers to understand how the they perceived Indians in colonized India.

Story narrates life of a orphan Hindu child who takes shelter in Muslim household during Bengal famine. He later converts to Islam. The village residents are from cross section of society from both Hindu and Muslim communities. Local Bengalis, Bihari laborers, Landlords, shopkeepers. There is a jute mill named Victoria with its British administrators.

The novel has many incidents in which flow of course make someone explain what Islam or Hindu religion is, what are its real fundamentals and how similar they are in their pure form.

There is a incident when some mischief loving Muslims try to instigate hatred in otherwise calm village by being adamant about cow-sacrifice on Bkari Id. Then a wise man explains all story of Bakr Id from Quran, how cow-sacrifice is not mandated in Islam and then asks the womenfolk to dissuade their husbands from misdoing.

In another incident a sufi faquir says “Both sufi and sannyasin reach God through meditation. The Hindu’s kravana is my muraqaba, we both obey; his nididhyanasana is my tawajjuh, we both contemplate. The buddhi of Brahmin is my ilm; we both  learn; his jnana is my marafat, we both seek emancipation through knowledge. What you call maya, illusion, I call alam-i-khayal, the world of fancy“

Reading these stories, philosophy and getting introduced to Arabic words is really nourish our knowledge.

It is also interesting to read what Britishers must be thinking about Indian when British rule was in full swing. And the fact is that millions of Indians were rules by just a few thousand British men. In one conversation a British officer says “Clive said a dozen times if he said it once, that he could conquer India with 2000 men. Hindus, he said, were indolent, ignorant, cowardly, natural tricksters in love with luxury. And Muslims did not know the meaning of gratitude. … Clive had been good for India. Consider what the quiet British administrator has done for India – road built, silently, a dessert irrigated silently, a forest saved silently. All we have to do is appease the noisier Congressmen and we can rule this country for a thousand years.“

In another conversation about Indian freedom and massacres during partition; a Britisher says “Did the Indians touch a single white man when they could have massacred us all by sheer weight of numbers? The moment we leave they massacre each other in millions”

There are many more such quotes which make us contemplate.

Famine, Freedom movement, fall of British Raj, partition, Indo-Pak war do affect Hindu-Muslim, Indian-Britisher relationships. But effect is different depending on stature in social hierarchy. Wealthy Muslims could flee to Pakistan while poor stayed in their village. Bihari Muslims felt apprehension leaving their village as they believed more on local Hindus than Punjabi Muslims.

Riots during partitions and afterwards always encouraged evils in either side of society and always challenged the courage of conscious society members. How good ones and bad ones manage to fulfill their role is worth reading.

The book maintains its tempo through out excepts last few chapters where it becomes little monotonous giving uninteresting details of events. But that does not stop us from reading further. In short this 346 pages long book is worth reading and worth contemplating for all the points highlighted above and many more.